During the Wissenschaftsmarkt Mainz (Science Market) on September 8-9, 2018, many names of interested visitors were written in hieratic on papyrus again! On April 24, 2017 the „Abend der Offenen Tür" (open house) took place. The „Freundeskreis Ägyptologie" (Friends of Egyptology) at the JGU Mainz and the department of Egyptology offered to all who were interested the opportunity to learn about the various projects carried out by members of the department, to visit the egyptological library, to speak with students and doctoral students, and to have a look in the offices while egyptologists were at work. Of course, the AKU team took part! 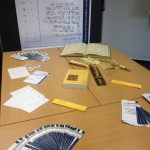 The AKU Project was also represented on January 28, 2016 during the „1. Tag der Interdisziplinarität der TU Darmstadt" (First Day of Interdisciplinarity at the Technical University Darmstadt) when insights into interdisciplinary studies and projects carried out at the TU Darmstadt were provided. 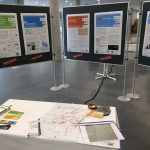 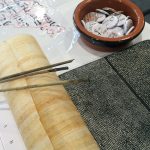 On September 12-13, 2015 the AKU team actively took part in the „Wissenschaftsmarkt Mainz" (Science Market Mainz) where numerous visitors young and old were elaboraty and vividly informed on our project. Visitors showed a special interest not only in ancient Egyptian proverbs on writing, written in Egyprian hieroglyphs, but especially in the part "Your name in hieratic script". With reed pens and ink members of the project wrote hundreds of names of visitors (and occasionally a pet animal) on papyrus that day! 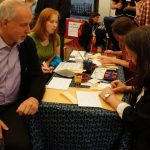 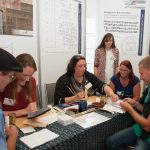 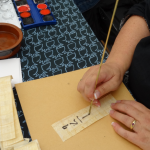 The work by the department of Egyptology in Mainz in the field of hieratic script and handwriting was highlighted in two press reports: a report on the first international meeting under the name „Ägyptologische 'Binsen'-Weisheiten I (April 2011)" was published in May 2011, and in October 2014 the project „Altägyptische Kursivschriften" was granted by the Academy of Sciences.

Photos from the Science Market Mainz and the First Day of Interdisciplinarity at the TU Darmstadt can be viewed in the Gallery.